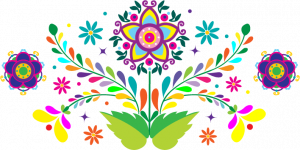 Get to know the humble beginnings of a local tradition and landmark.

Otay Farms Market first opened its doors in 1962. Back then we were called Paul and Sons as we were founded by Paul E. Tamayo and his sons Hector and Paul Jr. (younger brother Alessandro, aka Nano, joined the business years later). Paul and Sons moved to our current location in 1965 where the former Ted’s Drive In was located. Slowly, the store grew, and in 1979 the dream of having a Mexican kitchen, a meat department, and in store tortillas became a reality. We are proud to have been the first market in Chula Vista to have fresh corn and flour tortillas made in store. Our Cocina de Elena (named after Maria Elena Tamayo) offers made from scratch Mexican food, from authentic recipes and the highest quality ingredients. Our butchers are ready to serve you fresh meat and the best marinated carne asada! Our traditional Mexican bakery bakes birotes, conchas, coricos, and other delicious bread daily. We started as a small produce market and we continue to strive to provide fresh fruits and vegetables at competitive prices.

© 2023 Otay Farms Market and Mexican Food.
Created by I Can Hackett Designs
All Rights Reserved
Translate »